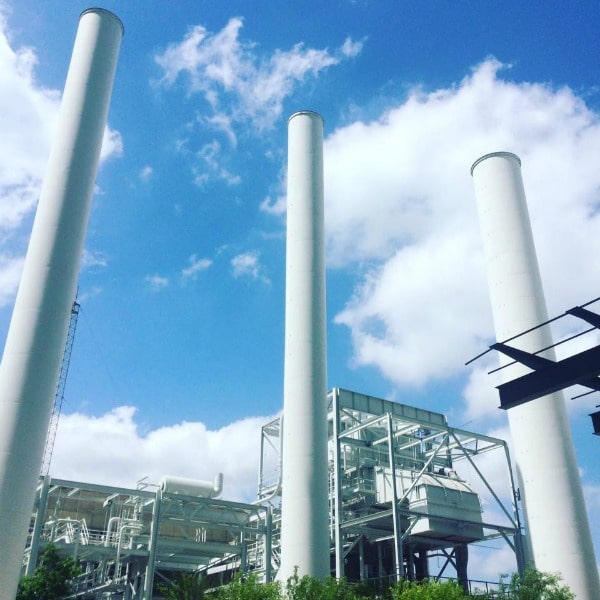 It’s been a long time coming, but one of Austin’s newest transformations is the Seaholm EcoDistrict near West Avenue and 3rd Street. (Sure; the district’s bigger, but if you want to tell a driver where to drop you off, that’s a good corner.) Commissioned in 1948, the Seaholm Power Plant produced power until 1989. It closed in 1996 and became a Texas Historic Landmark and National Historic Place. Now, it’s becoming a downtown destination. 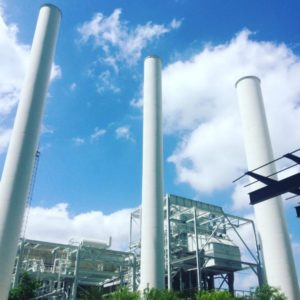 Established highlights of this downtown area already exist: salons (Jackson Ruiz has a location in this development), grocery stores like Trader Joe’s, and restaurants, including True Foods Kitchen. You can enjoy a lovely outdoor dining experience with a view of the decommissioned power plant steam pipes. The Seaholm Power Plant sign is still there. Commissioned in 1948, Seaholm produced power until 1989. The plant closed in 1996 and became a Texas Historic Landmark and National Historic Place.

A quick trip these days reveals an ongoing construction site. The new Austin Central Library is in final stages (that completion date keeps changing); the entire area, once completed, will be a pretty cool spot and interesting mixture of iconic and cutting-edge Austin architecture.

Once the dust has settled, the Seaholm District will be an amazing gem of a destination for locals and travelers alike.